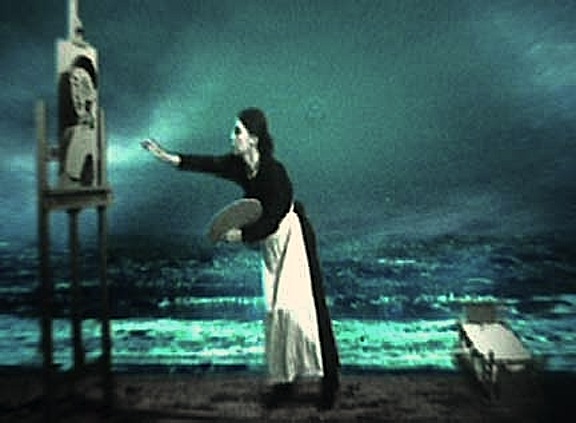 Antero Alli's film, The Greater Circulation, pays homage to Rainer Maria Rilke and to the creative intensity and complexity of his lyrical prose poem, Requiem for a Friend.

Rainer Maria Rilke (1875-1926) wrote Requiem for a Friend as a tribute and lament to his friend and painter, Paula Modersohn-Becker (1876-1907). Eighteen days after giving birth to her first child, Rilke's friend died. In 1908, in his room at the Hotel Biron in Paris, Rilke wrote Requiem for a Friend over a period of three days and two nights, from October 31st to November 2nd. Nearly a full year had passed since Modersohn-Becker's death.

Requiem for a Friend was first published in 1909 and is considered by many the point from which some of Rilke's most important writing followed. Rilke seems to have been thrust forward into his deeper work after contacting the energies that were exhumed during these three days and two nights – a time when the passing of the dead are honored and the invocation of sacred beings becomes litany. The liminal world embodied in those two nights stands as the juncture where spirit and matter meet, unify, one indistinguishable from the other. Carl Gustav Jung, 20th century Swiss psychiatrist, spoke of this juncture of dual reality as the psychoid or subtle-body realm, the magical meeting of the material and the spiritual in which inner is at the same time outer, and outer is at the same time inner. The Greater Circulation shows this world to us, creating it in the collage of interwoven images that are Alli's film.

The Greater Circulation explores and honors Rilke's lament from a both an artistic as well as depth-psychological perspective, stinting neither discipline its rightful place. This is one of Alli's special talents as a film-maker: He is a Master Weaver of multiple realities.

Rilke's work is honored by dramatizing the full text from Requiem for a Friend. What could have been a burdensome experience as a result, becoming too heavy with Rilke's intricate cadence and winding, serpentine images, is brought vividly to life and experienced as the real and mystical event that lives at the very heart of Rilke's requiem, the very center of this liminal world of mater and spiritus. Alli achieves this feat, in part, by intertwining Rilke's requiem in Paris with the actors performing The Greater Circulation in Berkeley, one world in mirror counterpoint to the other.

Within the paratheatrical ritual that is used as the foundation for the enactment of The Greater Circulation, we are introduced to three female figures. Alli reflects upon the women in Rilke's life as "a sisterhood of muses." 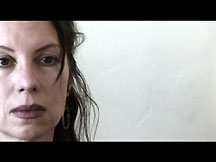 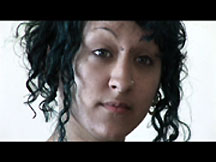 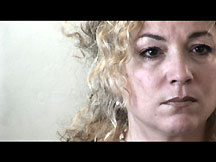 The first figure embodies the greater idea of Mother, including Rilke's own. The first person to introduce him to poetry, Rilke's mother was a great influence in his life. We learn as well that because she wanted a girl, for the first five years of Rilke's childhood his mother dressed him in girl's clothing. She apparently treated him like one as well. The pull of the mother in Rilke's world, in his requiem, in Modersohn-Becker's life, is compelling.

The second figure portrays Paula Modersohn-Becker, painter and friend to Rilke, and for whom his requiem is written. She also stands as a powerful influence in his world. For Rilke, and in The Greater Circulation, she appears as anima, as daimon lover.

From a Jungian perspective, the daimon is a powerful force, not to be resisted or defended against, but to be taken into oneself, representing some rejected element in our life. Our daimon can haunt us until we learn to identify with it, to be fulfilled by it. Ignoring the daimon or the impulses from the unconscious can eventually signal an uprooting and psychic disharmony. This edge of disharmony was the precipice that Rilke found himself on during those three days and two nights in his Paris hotel room as the presence of his friend erupted hauntingly into consciousness and then, grace-filled, into his lament.

The third female figure in the sisterhood of muses is she-who-is-torn-between-the-two, between the pull of the mother and the pull of the daimon. It is this third figure that tries to bring something new into form, not an either/or but a third element that springs forth by holding the tension between the two: the embryo of new life.

In The Greater Circulation we are enchanted and indeed haunted, not only by the profound trajectory of Rilke's life and work, but also by Alli's ability to tell stories within stories, to make the invisible visible, and to bring to earth what can only be truly grasped through spiritual vision.

Cedrus Monte, PhD dipl., is a Jungian Analyst, graduate of the C. G. Jung Institute in Zurich where she currently lives and practices. As a member of the Jungian training program in Zurich, the International School of Analytical Psychology (ISAPZurich), she lectures and gives workshops throughout the year. Her practice focuses on a somatic and imaginal approach to working with the unconscious. 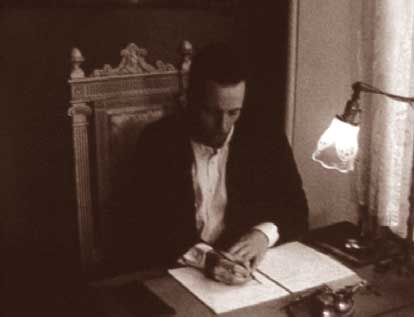