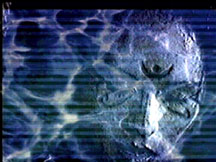 Dr. Timothy Leary's "Eight-Circuit Brain" theory suggests that intelligence may be more than Intellectual Quotient (IQ) and plural by definition, as in an interaction of intelligences, or brains, begets more intelligence. In this model, eight interactive functions of intelligence are defined by Leary and, reframed by myself as: physical, emotional, intellectual, social, somatic, psychic, mythic and quantum intelligences.

This 8-Circuit Brain model suggests that within each center, or function of intelligence, there exists three phases necessary to that center's operation. These three phases mirror the trinary activity of the most basic unit of biological intelligence, the neuron, in its capacity to absorb, integrate and transmit information and/or energy (also a working defintion for intelligence). For example, physical intelligence is fulfilled to the degree one absorbs (receives), integrates (organizes), and transmits (expresses) physical experience. Apply this trinary function to each of the eight levels of intelligence and you'll get an idea of the extraordinary implications. The realization and increase of intelligence may be entirely up to HOW each central neural (not nervous) system processes its own experiences. To the extent experience is not absorbed, not integrated, not transmitted - in one's own way - is the measure of one's ignorance and idiocy in that center. You can be an intellectual genius and a social idiot. Are you intelligent ? No matter how smart you think you are:

Are you intelligent enough to confess ignorance...
the specific area of your particular idiocy ?
If so, what are you doing about it ?

There is a way to apply the 8-Circuit Brain model, in particular the first four centers, as a reference grid for deciphering advertising strategies and eventually, for seeing through advertising altogether. The first four circuits -- physical, emotional, intellectual, and social -- revolve around four interrelated personal survival needs. To the extent someone is not receiving, assimilating and communicating human experience in any combination of these four, is the extent survival anxiety persists in that area of life experience. Nobody knows this better than the media wizards (Art School Graduates) working for corporate advertising executives who play on the consumer's real and imagined deficiencies to sell their products.

Successful advertising makes promises it vows to keep, or your money back. Most products are advertised and sold by a promise to meet very basic needs that the consumer could not dream of meeting on their own without the product advertised. The four basic needs I have seen consistently attached to advertising promises are: security, status, knowledge and sex. In other words, are you secure enough, important enough, smart enough or attractive enough without our product ? Advertisers don't think so. 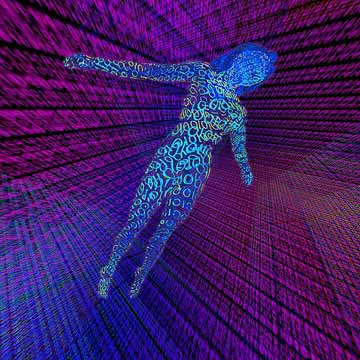 Information wars are not fought over physical turf but the internal landscapes of the psyche itself; whosoever governs the metaphor, governs the mind. Those who are not learning new ways to keep learning and those who are not thinking for themselves are becoming Info-War casualties without knowing it. World Entertainment Wars exist at the level of mind. Information warfare implements massive infiltrations of gorgeous images and catchy buzzwords upstaging personal and collective imaginations with externally produced images and fantasies. War is hell. The horror of the information wars begins when imaginations are over-stimulated, numbed and replaced by corporate designer replicas.

Imaginations corroded by TV Overdose, Video Game Debauch, and Advertising Bulimia suffer the silent agonies of a slow death. Do these words ring melodramatic and paranoid ? Look again. The actual situations they refer to are more dramatic and terrifying than any ideas about them. To what extent have our minds become oversaturated with slick simulations of realities that we can no longer experience or create for ourselves? This mental dilemma not only blurs the distinctions between "reality" and "fantasy" but more critically, it diminishes our capacity to care about whether or not our dreams and fantasies are actually our own or the limbs of a larger body of mass-produced dreams designed by (old soap opera organ music, please): Corporate Imagination Killers! Dampen a person's power for imaging their own lives and futures and you wash away an internal psychic environment that is house and home to a living soul. Imagination loss precedes the death of soul. 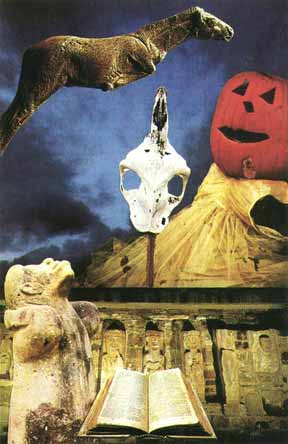 THE WAY OF HOW

Real intelligence thrives on process, not content. Any mind can fill itself with dead data and remain fundamentally ignorant; too many still do. The processes producing whatever contents fill a mind actually govern and regulate that content. WHAT something is, identifies it; HOW something happens, shows us its essence. Did you ever notice how the way someone says something can mean more than the actual words themselves? The way of how. The way of how is utilized to great effect by the Corporate Advertising Imagination Killers to change the contents of the consumer mind without asking their permission. Imagination lobotomy. Shame. Shame. Shame.

Corporate advertising promotional tactics act on the low-esteem of the naive consumer whose minds have not begun thinking for themselves and governing their own lives. The most sophisticated frontline advertising strategies trick the consumer into believing their lives are incomplete and deficient without the promoted product; only through purchasing the commodity will the consumer's life be "whole" or "better" again. The successful advertiser exposes a need and then, makes a promise to meet it for the price of whatever is selling. And maybe more.

By superimposing the grid of the first four circuits over this general "deficiency" principle, very specific information jumps out at us. Each level of survival, from physical through social, is genetically motivated by specific rewards assuring satisfaction of specific needs: 1) SECURITY 2) STATUS 3) KNOWLEDGE and 4) SEX.

Everybody defines and meets their needs for security, status, knowledge, and sex in different ways. The content of these needs is universal; the way of how they're met is personal. When needs aren't met, we are frustrated. This basic knowledge also forms the backbone of a successful advertising ploy: promise them anything but sell the product. By associating any product with the promise of more security or more status or more knowledge or more sex, the consumer's own unmet needs are touched and hooked. 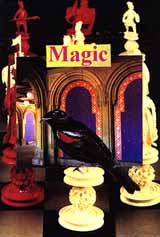 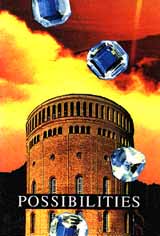 There is no truth in advertising. Advertising is a business of promises, fantasies, and dreams: truth doesn't sell products, images do. The 8-circuit grid is a good starting point for seeing through these images. A good offense is the best defense. Corporate advertising will promise to deliver you whatever you're not giving yourself. Imagination Boot Camp demands that we learn to identify and expose our own needs and then, find our most honest ways of meeting them.

The public education systems are, in part, to blame for this epidemic of self-denial. Remember grade school. Young impressionable minds are taught to value knowns over unknowns, content over process, as a measure of not only intelligence but self-worth. Remember receiving your first "F" on your report card? The highest grades and the greatest approval goes to those minds willing and able to retain the densest volume of known facts. The imagination becomes ill when the mind stops relating with unknowns. When a mind is taught to avoid facing the abyss beyond its own machinations, it tends to fill that void with an endless stream of facts and trivial pursuits. The mind closes and is put out to pasture as a dead data depository.

By redefining "security" and "status" and "intelligence" and "sexuality" according to one's true feelings, responses and needs, something extraordinary occurs: an identity is born. Not a"self-image" (too often confused for identity) but an honest expression of your innate being. By defining one's terms, one stands a better chance of living by those terms and cultivating the ground of being essential for living a real life.

The phrase "world entertainment warriors" was inspired by my friend Rob Brezsny's band
WORLD ENTERTAINMENT WARS and our ongoing rapport with these themes and issues.


Other Writings by Antero Alli

OCCULTURE
"The Secret Marriage of Art and Magick"

BOOKS IN PRINT
"Angel Tech", "The Vertical Oracle", "Astrologik" and other titles