"Towards an Archeology of the Soul" 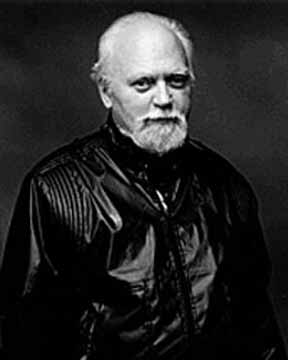 Theatre is, and has always been, magic. The very word tragedy comes from tragos, goat-song, and refers to the ancient rituals in which the goat-god was sacrificed as an offering to the Earth Mother. Satire comes from satyr, the goat-man-god. Comedy, similarly, derives from comodo, a festival to ensure the fertility of the tribe. Indeed, the difference between drama and ritual depends almost entirely on what the audience is told on the way in to the scene of the action. Move a Solemn High Mass into the Ethel Barrymore Theatre, tell everybody it is an experimental, and they will experience it as theatre. Stage Waiting For Godot in a cathedral on Maundy Thursday, and it will function as a totally acceptable sacrament; and nobody will have any doubts about who Godot is.

Ibsen's The Doll's House is allegedly the classic example of the "naturalistic" play -- the social drama, the "slice of life", from which all the ritual elements have been removed. Yet Nora's awakening is the same theme as that of the awakening in the Eleusian Mysteries in ancient Athens, and when she slams the door the resonance in the collective psyche is identical with that experience when the Bible is slammed on the pulpit and the candles extinguished on Maundy Thursday. The ritual of awakening is always a path through psychic death to psychic rebirth, and that happens as much to Nora as to any character in the more obviously ritualized dramas of Sophocles.

This new form of ritual theatre developed by Antero Alli is uniquely a product of our eclectic and revolutionary age. It is very, very old and very, very new. As Osiris says in the Egyptian Book of the Dead, "I am yesterday, today and the brother of tomorrow." To enter Antero Alli's magic circle is to experience that kind of time-warp: you become one with with the first paleolithic shamans dancing to the bear-god, you will know yourself here now as you have never known yourself before, and you plunge into science-fiction futures in which humanity is expanded mentally and physically beyond our wildest hopes. Meanwhile, everybody in and out of the theatre can enjoy it and use it right now.

ROBERT ANTON WILSON, PhD
Author of COSMIC TRIGGER and many other titles

"TOWARDS AN ARCHEOLOGY OF THE SOUL"

OTHER BOOKS BY ANTERO ALLI